Dr. Morrow is currently the Charles and Helen Ann Langmade Professor of Obstetrics and Gynecology at the University of Southern California Keck School of Medicine, Los Angeles, California. He is former Director of theGynecologicOncologyProgram at the Los Angeles County – USC Women’s and Children’s Hospital and the USC Kenneth Norris Jr. Cancer Hospital. During his academic career, his research has focused on endometrial cancer, management, trophoblastic tumors, reconstructive surgery, and vulvar diseases. He was for many years a Principle Investigator in the Gynecologic Oncology Group and a member of the GOG Protocol Committee. Dr. Morrow has authored/co authored more than 100 peer reviewed scientific publications, and he is the senior author of both a textbook and a surgery book on gynecologic cancer. He has edited or co edited numerous books including, for several years, the Yearbook of Obstetrics and Gynecology. 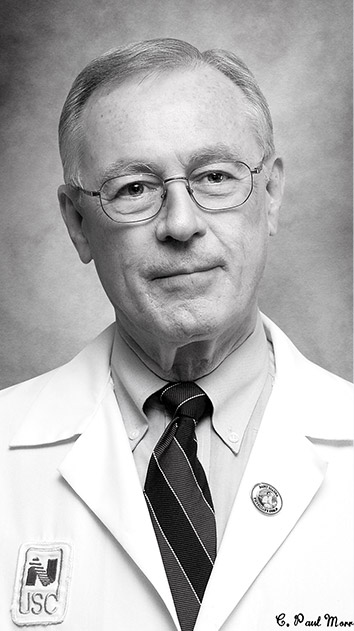